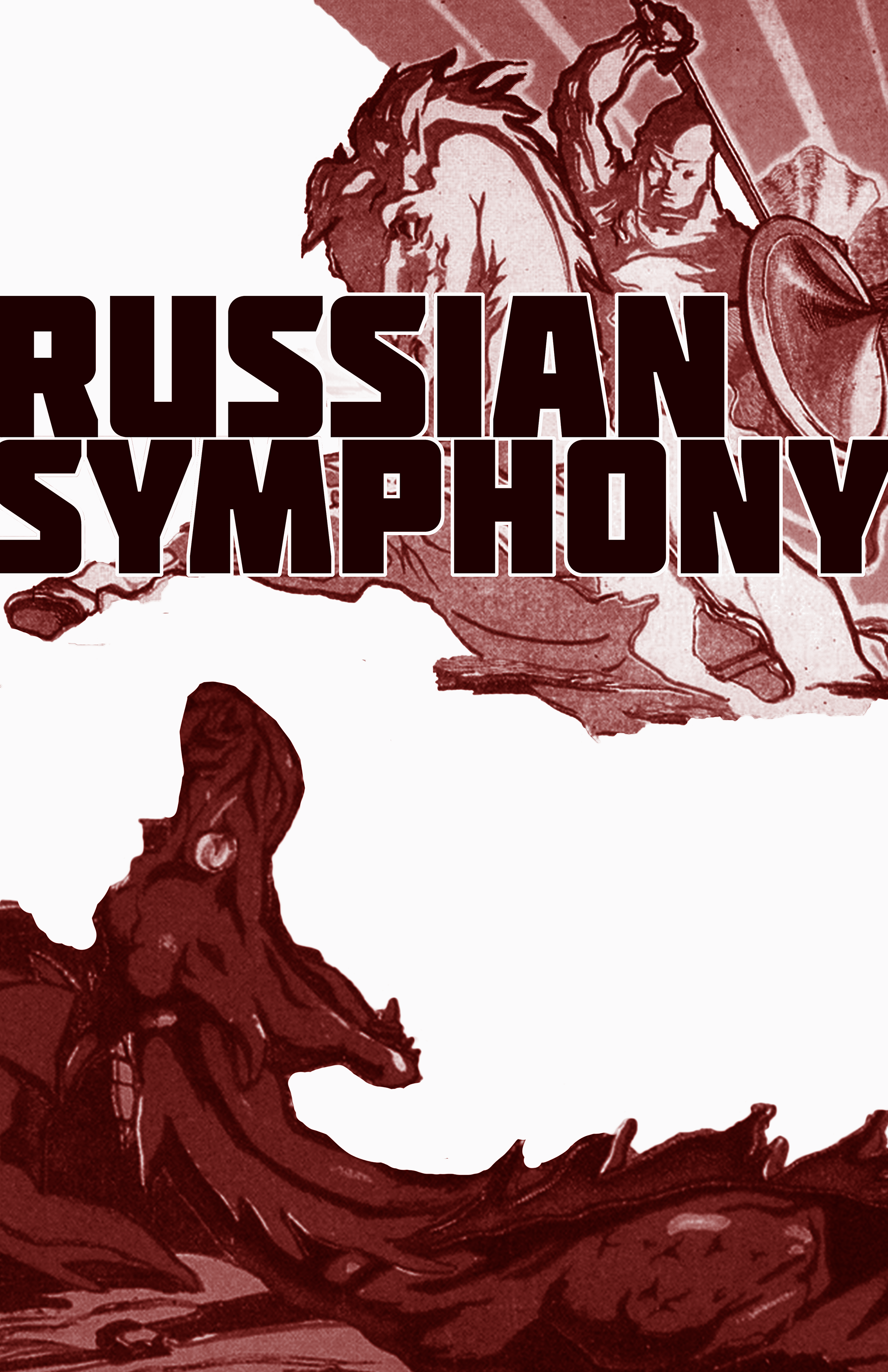 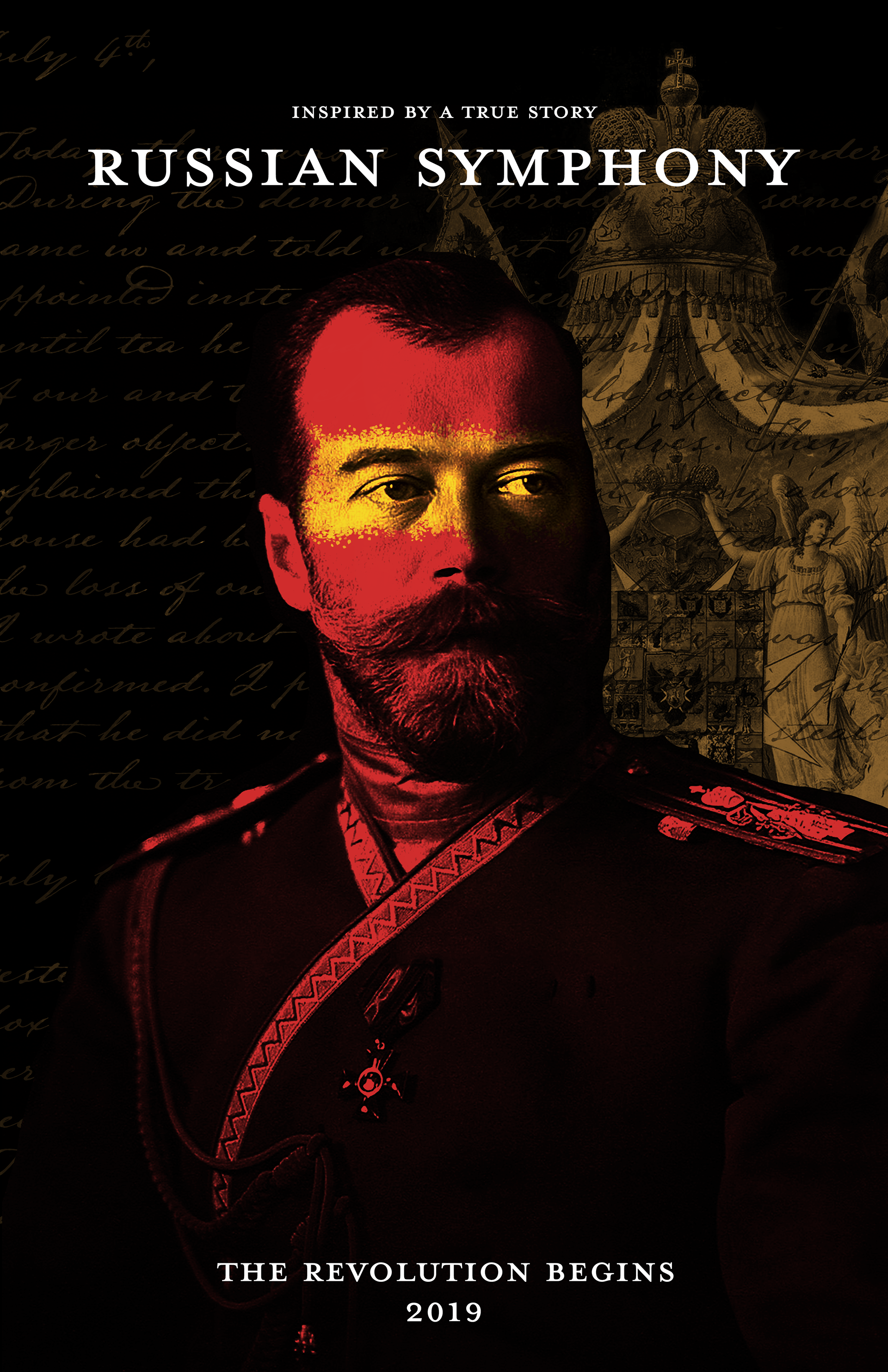 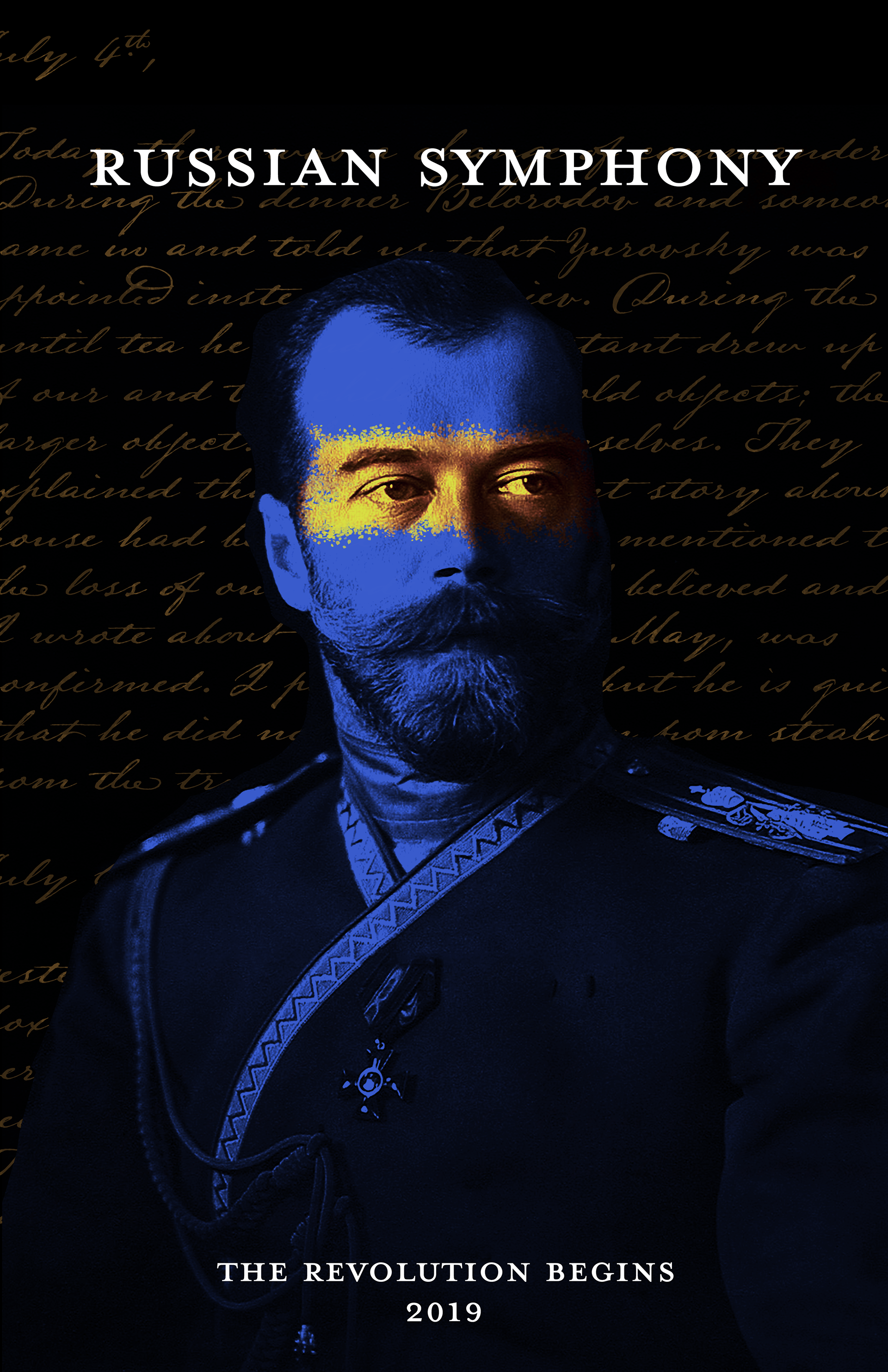 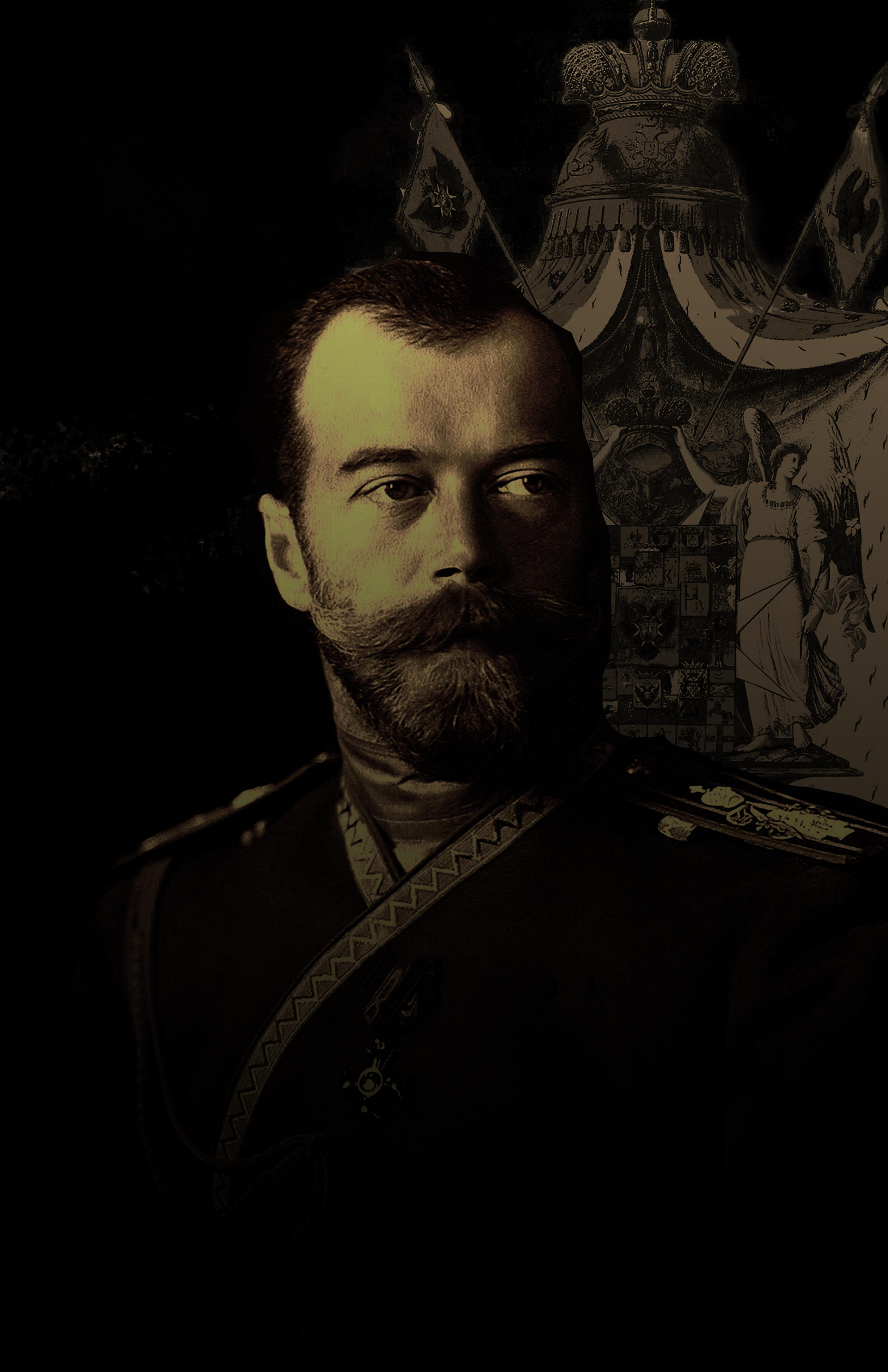 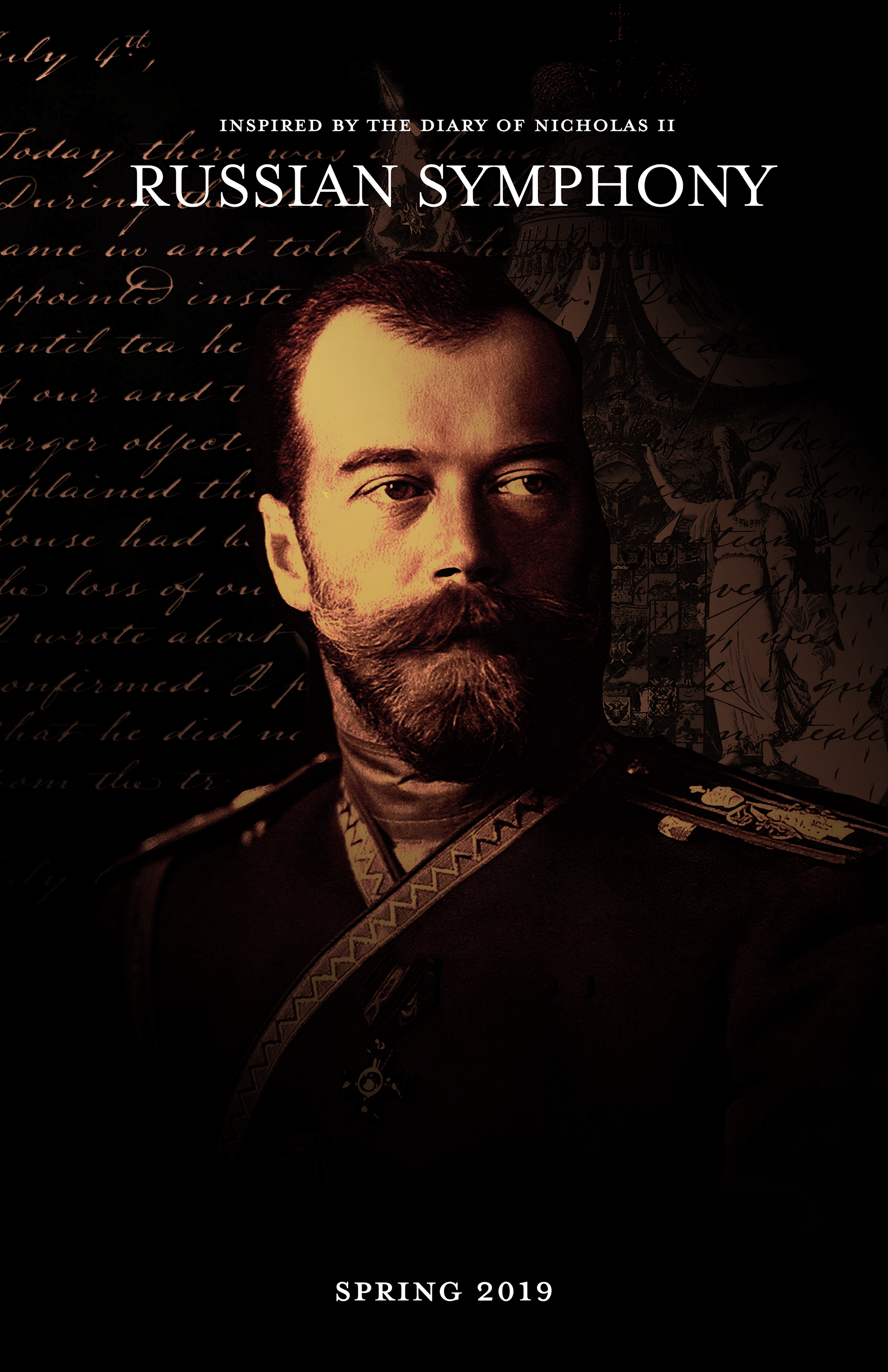 "Russian Symphony Poster Variants" (2018)
Different variants of a poster design. From first concept to finished product from left to right. It was created with Adobe Photoshop.
The inital concept repurposed an old White Army Propaganda poster from the Russian Civil War, using negative space and scale to emphasize the allegory of the impending threat of Communism and the rise of the Soviet Union.
The subsequent posters are variants of the same idea - a retouched photograph of Nicholas II against a mostly black background with lettering from his July 4th, 1918 entry in script font which is clashing against the Russian Imperial Crest that is fading into the background. The first two, which use red and gold, the colors of the Imperial Family, emphasize a brokeness in Russian politics as well as the gilded nature in which Nicholas' enemies painted him as; however, perhaps it is also how Nicholas saw himself, but the gold meaning something different for him - a chance of redemption, salvation. The blue color was simply to contrast with the red.
A third idea was to desaturate and nix the color, going for a simple gold, while the fourth and final option was to marry the previous two ideas into one poster and nix the caption "The Revolution Begins" as, while accurate to the story, was not necessary to place onto the poster.